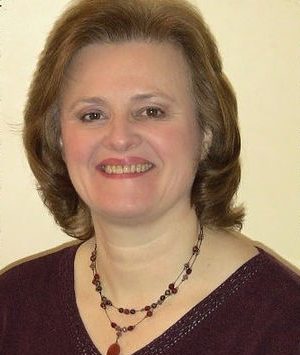 Susan Ricketts graduated from The University of Alabama in 1988 with a Bachelor of Science in Chemical Engineering. Following a campus ministry internship at Western Washington University, she returned to her alma mater where she served as a Chi Alpha missionary until 1999. It was at that point when she sensed God leading her to the Land of the Rising Sun to reach students on Japan’s universities for His Risen Son.

Susan currently serves as an Assemblies of God World Missionary for Chi Alpha Japan and has been a spiritual mother to the many people she has met and discipled during her past three decades in Chi Alpha. She shares the process by which God brought her to Japan, as well as the great missionary opportunities that await there in this exchange.

I think the biggest impact was the community I instantly experienced. Although I was a Christian and was involved in ministry as the pianist at church, I didn’t have any college friends at church. I had met a few Christians on campus, but there was no continuity in those relationships. Also, I had been praying about my future after graduation. I was already thinking about missions after graduation because of being called to ministry at youth camp when I was 10 years old.

That first night at Chi Alpha at the University of Alabama, I sensed Chi Alpha was the beginning of the answer to my prayers about relationship and the future. During my time as a student, my small group became a place to share openly with other young ladies, to be real, pray for one another, and support one another. My Chi Alpha community became my family away from home and supported me when my parents divorced and my campus pastors encouraged and supported me when I stepped out in faith to enter ministry after graduation.

How did you sense God calling you to Japan and what was the transition like for you?

God calling me to Japan has been a step-by-step process. When I was a student, my closest Chi Alpha friends and I met many Japanese and Chinese students on campus. After graduation, eight of us girls started the Girls’ House, a Chi Alpha ministry house for young women. Two of the girls were Japanese and they taught me so much about Japanese culture. During my campus ministry internship, I met all eight of the Japanese young ladies who were doing an exchange program. However, it wasn’t until after serving as a full-time campus pastor in Alabama for six years that I sensed God calling me to Asia.

In March 1999, I had the opportunity to take a three-week trip to China with other campus leaders. I was asked to lead a Chi Alpha team for conversational English that summer. However, in May, due to a political situation, our team couldn’t enter China. Instead, our team was combined with another team and we all ended up in Japan for a month. God began to remind me of past experiences with Japanese students as our team served.

We served at the University of Tokyo where Joyce Kitano had started Chi Alpha and at various churches and colleges with national pastors and missionaries. Before I left Japan, I told Joyce that I believed God was re-directing me to Japan and asked what opportunities were available. She replied that a pastor was looking for an English teacher and asked if I would be interested in applying. I told her that I would pray and ask God to confirm if this is what He wanted me to do.

The next week while serving with another missionary in a different area, I sensed God confirm through a Scripture and song that He was calling me to love the Japanese people because they don’t know that He loves them. Within a few months, I returned to Japan to serve as an English teacher at a Japanese Assemblies of God church in Kawasaki. On days I didn’t have to teach, I would go to Tokyo and help with Chi Alpha on two campuses. The transition to Japan wasn’t all that difficult actually because I believe God had been preparing me for a long time.

Japan has long been considered a hard mission field. What are some examples of how God has been working through Chi Alpha Japan?

When I first came to Japan in 1999 with the first team, Chi Alpha had just started in 1997 at the University of Tokyo. From our 10-member team, four of us became missionary associates over the next five years. God began to bring together others with a similar vision to reach university students. In an informal survey, we learned that fifty-one percent of Christians had become believers between the ages of 20-24, the university years. In 2001, we took a group of 14 students, church workers, and pastors to World SALT held in Los Angeles. After we returned to Japan, Chi Alpha exploded; over 20 new campus ministries were started around Japan!

In 2007, the Japan Assemblies of God national leadership offered us a church building to use for Chi Alpha ministry. In 2008, after extensive renovations, we opened the Chi Alpha Student Center in central Tokyo. We have used it to house Chi Alpha staff, mission teams, and interns as well as host national training seminars, prayer meetings, monthly worship services, concerts, and other outreach events. It has become a place where students from our various weekly campus Bible studies can come together as a community of discipleship, mission, prayer, worship, and fellowship. In recent years, some of our Chi Alpha students have become Bible school students at the Japan Assemblies of God Central Bible College. They are now pastoring Japan Assemblies of God churches.

Japan is an amazing country with amazing people. What advice to you have for students or alumni who feel called to serve there?

Yes, Japan is an amazing country with amazing people, but less than one percent are Christian. I would suggest that anyone who feels called to serve in Japan to begin to study the language now. It’s rated among the top most difficult languages for Westerners to learn. Also, pray that God would raise up more workers who are willing to serve and love others with humility and pray that God would show workers how to reach the Japanese with the gospel in a way they can understand and connect with both mentally and emotionally. It is also important to allow God to work on character and identity issues before coming to Japan. Most importantly, cultivate a deep, rich relationship with God through the study of His Word and prayer.