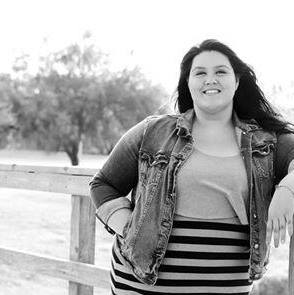 Following graduation, she began teaching English III and IV at PSJA Southwest Early College High School in Pharr, Texas. In addition to her teaching duties, Aisha has spent the last four years volunteering as an administrative assistant to the Assemblies of God District Youth Director for the Texas Gulf Hispanic District and recently accepted the role to serve as the National Chi Alpha Alumni Association Campus Alumni Ambassador for the University of Texas Rio Grande Valley Chi Alpha. She also enjoys spending time with family and friends, football, shopping at Target, and loves a good cup of coffee.

Aisha shares how God prepared her for her current role in the marketplace and her role in bringing Chi Alpha to her campus:

What did it mean to you to bring Chi Alpha to your campus?

I actually have an odd Chi Alpha story. I wasn’t a part of a group while I was in college. Instead I helped in the process of bringing a Chi Alpha pastoral team to my campus. They arrived after I graduated, but I knew what Chi Alpha was and what it stood for, and I wanted to be able to leave that for future generations.

Many people wouldn’t believe it after they meet me, but I’m extremely introverted, which means I didn’t make any friends through college. Most people meet their maid of honor, best man, or create lifelong friendships while in school, but I didn’t make any lasting relationships there. I went to school to be a student and left. I longed for the place where I could find people like me who I could build a friendship with. Seeing Chi Alpha on my campus now, though I’m in my career field, has shown me how to reach beyond my bubble to learn how to live life with the people around me.

Do you have a testimony you can share of how God has worked through you in your teaching position?

This year I took on a leadership position as the department head, and I currently oversee 21 English teachers at the high school. It’s been a challenge. Although I’ve served in many leadership roles since I was a teenager, this one has been the toughest. I wish I could say it’s been easy and I’m doing great, but it’s been rough and I make mistakes every day.

But God has allowed me the position, so I’m determined to work with excellence. Believe me, I’ve messed up so much and I doubt myself daily, but the mere fact that I’m learning daily and growing is testimony enough that God is gracious and sees in us what we can’t see in ourselves.

What advice do you have for Chi Alpha grads who are about to enter into the field of education?

I’ve had a couple of people advise me to leave the field of education because there isn’t much money in it. Each time that happens, I have to remind them I’m changing the world through the lives of the kids I teach. If you’re going into education, it’s going to be tough, but it’s so rewarding. That’s cheesy and cliché, but it’s so true.

This is my fifth year as a teacher, and I’ve had countless days that I feel defeated, I’m drowned in paper work, or I cry on my drive home. But then I come back the next day, see my kids learning and growing, and it makes it all worthwhile. It’s also one of the biggest mission fields we can enter. Although as an employee, you can’t share the gospel as freely as a student in a public school, but you can be a light. Every kid you encounter will be a different story, but they all need Jesus, and you’ve got Jesus!