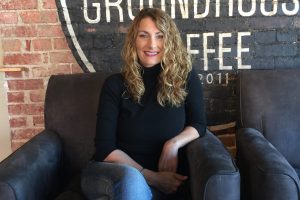 A native of Kansas, Lynette Wishart graduated in 1991 from Missouri State University (MSU) in Springfield, Missouri with a Bachelor’s degree in Education. Following graduation, Lynette worked in the Chi Alpha National Office as the Executive Admin to then-National Director, Dennis Gaylor, in addition to volunteering with the Chi Alpha chapter at MSU.  After getting her Master’s in Counseling from Assemblies of God Theological Seminary (AGTS) in 1998, Lynette headed to California to serve on staff at Sacramento State Chi Alpha until 2003. It was then that she transitioned into the marketplace and went on to a full-time profession in counseling.

In 2010, she returned to Kansas to work with the Department of Defense (DOD) as a counselor to active duty military families at Fort Riley and Fort Leavenworth and is currently in a supervisory role in DOD’s counseling program. She lives outside Kansas City with her 10-year-old daughter, Amy, and is still involved with Chi Alpha, working to bring alumni from around her area together. Lynette shares some reflections on her time in Chi Alpha and her current career path:

What is the lasting impact Chi Alpha had on you, both as a student and as a leader?

I was with Chi Alpha full-time for seven years, not including my student involvement. The impact it had on me as a student was to provide Christian support and fellowship in the anti-Christian atmosphere of the university. The most rewarding part of being in Chi Alpha leadership was to see new or young Christians become leaders in their life, whether tent-making or beginning a ministry life of their own, being fully discipled.

What was the transition from the campus to the marketplace like for you, and what does your current job entail?

Transitioning from ministry to marketplace was an adjustment as I had to learn how to be a leader in my new role in a secular workplace. I was balancing being a witness and accomplishing the goals of the position. After four years of working on the installations, I became a regional supervisor with the DOD program to support the active duty families, overseeing upwards of 37 Masters and above level counselors in Kansas, Missouri, and Ft. Bragg, North Carolina. I have worked as a regional supervisor for over four years now. Since 2003, I’ve supported victims of critical incidents like workplace violence, robberies, and natural disasters providing counseling in the aftermath of traumatic incidences. I am now a nationally certified trainer for critical incident response.

What vision has God placed on your heart for the alumni in your area?

My vision for Chi Alpha alumni in the Kansas City metro area is that newly graduated alumni would find supportive relationships to help them transition as they get used to life on their own in their chosen field so that they would be supported and encouraged as they encounter new challenges to their faith in markets that are not always Christ friendly. To build faith for the great things God can do through them and converse about ways to make a difference both in great ways and small ways where they are.